Low Code No Code App - Which Is Better

Although the need for hyper-automation and IT modernization has increased, businesses have found it difficult to keep up with these trends due to the present shortage of developer expertise. This eventually results in delayed or sometimes non-delivery of projects. For this reason and other operational inefficiencies, firms' time-to-market is adversely affected. This crucial factor, which is essential for them to stay competitive, is compromised. Low-code, no-code app development methods have been developed as a solution to the problem. 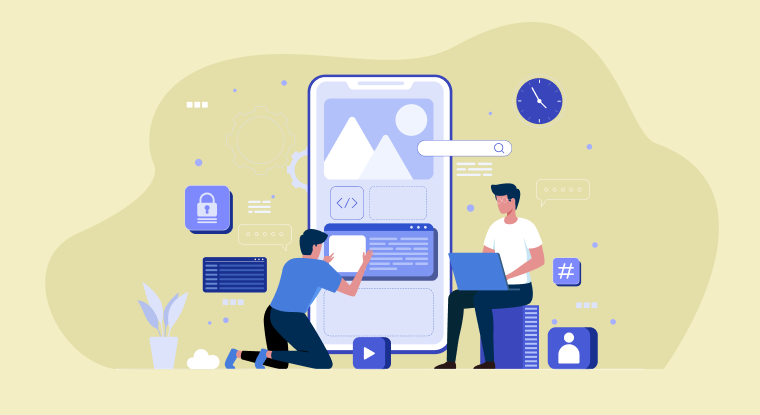 How to get started with Low Code No Code App? 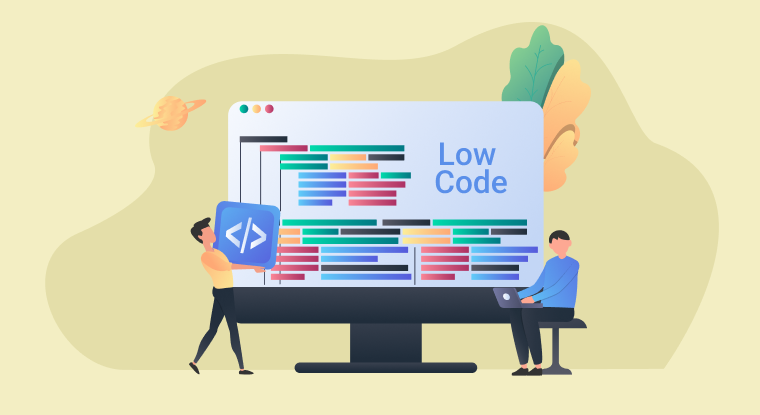 Let's take a quick look at each before analyzing which out of low code app builder platform should be used.

Both low code and no code app technologies are rapid application development (RAD) strategies, but there are striking differences between the two. Low-code app building makes use of visual building blocks like drag-and-drop and pull-down menu interfaces to automate the production of code. No-code development is frequently viewed as a derivative of the modular plug-and-play, low-code methodology. While developers provide some assistance with low-code through scripting or manual coding, no-code takes a hands-off approach and relies solely on visual tools. So low code, no code? Which one?

The application of the app builder platform is project-specific. Aiming to free up room for the more sophisticated components of development that foster creativity and depth in feature sets, low-code is aimed at professional developers to avoid duplicating simple code.

Front-end programs like apps with user interfaces that extract data from sources and report, analyze, import, and export data are suitable options for no-code applications. Therefore, we can safely say that it works well for internal applications that don't have to deal with complex functions as well as for smaller commercial apps that have a tighter budget for development.

On the other hand, low-code app technologies are effective for both small business initiatives and those of large corporations. Low-code is designed for hybrid teams made up of business users, software engineers, or small-business owners, as well as non-IT teams like HR, finance, and legal, who should benefit from it.

With an extensive component library, low-code may be scaled to an enterprise-level and used to develop applications with complex business logic. Low-code is also a better option for integrating with other apps and external APIs and building systems with security guardrails that require the IT lens.

Which is better: low code or no code?

While adopting no-code apps has several benefits, the biggest disadvantage is that as it requires minimal training to use them, it imposes functional restrictions. Also, in addition to functional restrictions, a lack of IT depth frequently results in poorly designed apps, security worries, integration challenges, and compliance problems. In the worst-case scenario, the restrictions could completely turn away your users.

Low-code is, therefore, probably a better choice unless you're creating the simplest, most basic applications with minimal need for modification. You can create responsive, user-friendly apps with low code that lets you launch such apps much more quickly. So, if you're thinking about low code apps or no-code applications, look for a platform that combines low-code visual development with high productivity and AI capabilities. It should enable you to create apps that are not only appropriate for the moment but also for the future.

The difference between low code and no code 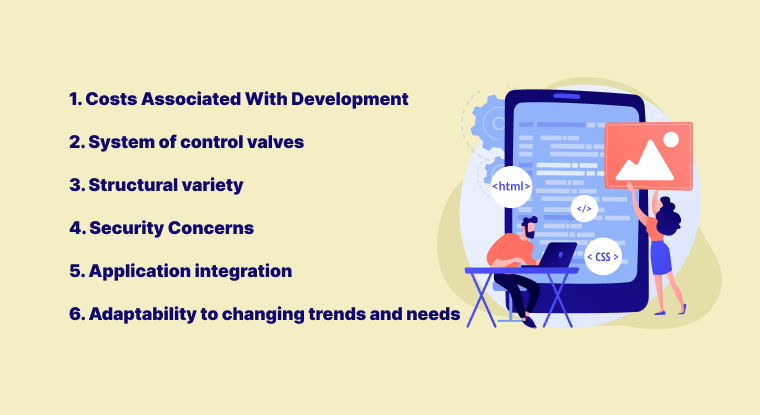 Both no code and low code platforms are designed with speed in mind. However, it may not be easy to tell when to utilize one over the other. The sections on differences between low and no code might give some indication of the answer to this query.

1. Costs Associated With Development For startups, no-code development solutions are more cost-effective than low code application platforms, allowing them to create apps on a tight budget. However, these platforms may prove to be pricey if your product needs to incorporate numerous future connections, features, and upgrades.

2. System of control valves Openness is another significant distinction between low-code and no-code platforms. A no-code system is preferably a closed system that usually has one version available, and there is practically little to zero possibility of changes and upgrades. A low-code system preferably works as an open system that allows its users to modify its functions. It enables the user to add or modify code, which has an impact on how the program functions. It thus has room for a lot of custom-added code, which expands the system's usability.

This issue, which is inherent in all low code app is at the foundation of their design. Customers that employ custom code that relies on such a feature will be impacted by any new version that modifies how the platform operates since it now functions differently. An open system allows users to add features by writing additional code, ensuring more adaptability. Users can build unique data source connections and plugins to suit their use cases and reuse them afterward.

3. Structural variety Another difference that should be considered while choosing between low-code and no-code apps is the structural variety. With its support for scalability and cross-platform compatibility, low-code triumphs over no-code. The ability to work across many platforms and create a larger variety of implementations is made possible by adding custom plugins and custom code.

No-code has a restricted ability to connect to old systems and integrate with other platforms, as well as less extensibility. As a result, it only targets a limited number of use cases and has a limited capacity to scale.

4. Security Concerns Although both low code app platforms have raised concerns about this, security concerns are greater when using no-code app technology than when low-code technology is employed. The reason for this problem is the intrinsic nature of app development. The danger of shadow IT is greater with no code as it has little to no involvement from IT personnel. This could result in a parallel infrastructure that is not carefully supervised, which might result in security flaws and technological debt.

5. Application integration Depending on the type of application, you may need to combine data from many platforms. No-code platforms typically fall short, whereas low-code development platforms frequently provide outstanding system integration flexibility.

6. Adaptability to changing trends and needs Using no-code techniques makes it difficult to maintain and adapt the applications according to the newest trends and shifting consumer demands.

However, in the case of low code application builder platform , it is quite simple to receive immediate assistance and repair services with custom-fit apps and solutions. There is always a possibility of handling modifications and continuously updating your app when it is based on low-code technology.

Whether it be low code or no code technology, it should empower business users to achieve their goals without knowing how to code, and developers shouldn't have to work around cumbersome visual aspects in an obscure system. However, in general, low code apps perform better for applications that need more sophistication.

With the cloud-based drag-and-drop app builder AppUp, you can design applications like a pro from anywhere and create, monitor, and deploy them. With a low-code app builder platform, you can create apps with a minimum of coding knowledge. AppUp allows you to create a secure platform for your app while maintaining its quality while obtaining seamless integration with all extensively utilized services and apps. Also, the multiple user features allow your staff to make changes, not only the developer, thus decreasing the time to market. The ‘Browser Sign-in’ is a remarkable feature that gives the ability to develop applications directly from the browser without having to download them, which saves a significant amount of time and memory. Visit the website to learn more!

Appup makes it easy to build admin panels, dashboards, and utilities on top of your Lambda data.

With the rapid rise in digital transformation and improvements in machine learning (ML), more firms are implementing artificial intelligence (AI) into their workflow. In fact, about 50% of the companies use AI in their business processes.

How To Use Drag and Drop Apps Builders More Efficiently

Drag and Drop App Builder have become the new necessity for businesses to serve existing users and efficiently gain new ones. However, the challenge here is to build an efficient application that caters to the user’s requirements. Most organizations use app development experience, coding language, and innovative ideas to develop applications. However, you can create an app without coding knowledge by using drag and drop application builder .